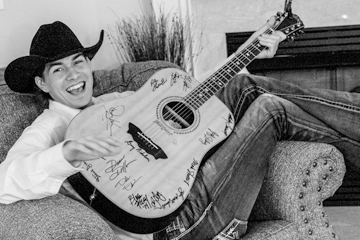 William Michael is a rising new talent out of Vicksburg, Mississippi. His booming and traditional vocals are representative of what the history of Country Music has been all about. He has been singing and writing music since he was a kid and his stage presence already echoes that of a seasoned professional.

At just 21 years of age, William Michael has just signed a publishing deal with Warner Chappell Music and a recording contract with Warner Brothers Nashville. He is currently writing and recording music for his debut album which will be produced by Jimmy Ritchey & Scott Hendricks.

William Michael is paving the way to be one of Country Music biggest stars in 2015!