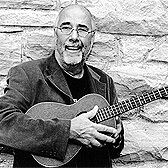 Born in Bristol, England, Roger Cook is recognised as one of the world’s greatest modern songwriters.

During his lengthy international songwriting career, Roger has had more than 80 top 30 hits, including classics such as Something’s Gotten Hold Of My Heart – Gene Pitney, Something Tells Me – Cilla Black, Long Cool Woman In A Black Dress – The Hollies, and You’ve Got Your Troubles – The Fortunes. However, Roger is perhaps best known for his song I’d Like To Teach The World To Sing, which was recorded by the New Seekers and became the theme song for a long-running series of Coca-Cola commercials.

Starting out with co-songwriter Roger Greenaway in the early sixties, the two Rogers were persuaded in 1965 by the wife of Beatles producer George Martin to record under the names of David & Jonathan George Martin subsequently produced David & Jonathan’s first major hit “Michelle “ (written by the Beatles) which stormed into the charts in the States in 1966.This, with one of their own songs, Lovers Of The World Unite, (once again produced by George Martin) put David & Jonathan in the charts on both sides of the Atlantic in the space of a few short months.

David and Jonathan split up in 1968 and in late ’69 Roger Cook was invited to join a new band called Blue Mink along with American singer Madeline Bell. Blue Mink’s first number Melting Pot, written by Cook and Greenaway, reached number 3 in the UK charts in March 1969 and throughout the early ‘70s Blue Mink had 4 more top 20 hits with songs penned by Roger In the mid 70’s, Roger moved to Nashville and turned his talent to writing country songs. His remarkable success in Nashville includes songs such as Talking In Your Sleep – Crystal Gayle , I Believe In You – Don Williams, One Night At A Time – George Strait, which remained at the number 1 spot on the Billboard charts for five weeks in a row.

Incredibly, this was followed in short order by another George Strait smash, I Just Want To Dance With You. It remained at the number 1 spot for three weeks, and was nominated for the prestigious CMA Single of the Year and Song of the Yearnumerous awards including: