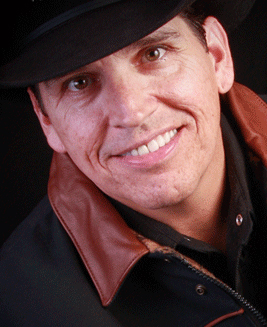 David Cory Lee was born in Wichita Falls, Texas a third generation musician who grew up with many influences from Jimmy Rodgers, Hank Williams Sr., and Jr., Willie, Waylon, Merle Haggard and Ray Charles. Most of Lee’s early repertoire of music included his mom’s old 33’s and his dad’s worn out, battle scared and beer stained songbooks that he used to learn the lyrics of the old honky-tonk classics.

David Lee wrote his first song when he was thirteen, “Ghost in a Songwriter’s Dream.”

After graduating from Lampasas High School, David moved to Dallas, Texas to start a band. From there he played every roadside dive he could find.

In May of 1993 David married Stacie Bartlett. Within weeks of exchanging vows they made their move down Music City Highway on four bald tires, in a truck that resembled a green crippled monster towing a silver homemade trailer and three hundred bucks to their name. After arriving in Nashville, David hit every writers night he could find.

In 1997 David was offered his first publishing deal and within a few years he landed his first cut with “This Ol’ Heart” recorded by Terri Clark. Shortly afterward had the title cut to John Michael Montgomery’s “This One’s Gonna Leave A Mark”. David’s first single and top-ten hit was “Now You See Me Now You Don’t” recorded by Lee Ann Womack.

In the summer of 2007 David Lee had three songs on the Billboard chart, his second #1 hit, “Lucky Man” recorded by Montgomery Gentry, the Grammy Nominated Song “I Need You” recorded by Tim McGraw and Faith Hill, and “I Wanna Feel Somethin’,” recorded by Trace Adkins.

In 2010 David hit again with his third #1 hit, “Roll With It” by Easton Corbin’ and a top-ten hit by Lady Antebellum, “Hello World”.

David Lee plays songwriting venues in Nashville and travels out of state sharing his love of music and lyric with his fans. In his free time, David retreats to Kentucky Lake where life is slower and where he can fish and hunt.