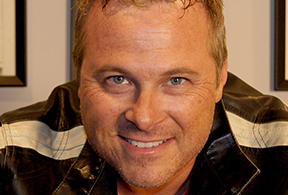 If the best songs come from life’s own experiences, Shane minor has a lot to pull from.

On the road that led him to hit songwriting he grew up as a working cowboy’s son and a preacher’s grandson. He started singing in church at 4 years old and around the same age learned to ride horses and started rodeo’n. After a bad rodeo injury at 20 years old, Shane rode the brakes for awhile inabling him to heal up. He moved in with his southern Oklahoma grandparents who pastored a church. Shane credits his tenacity and God fearing spirit to his grandparents. Especially his grandmother Elsie Earp who is the great niece of legendary lawman, Wyatt Earp.

In his teenage and college years, Shane traveled most of California and Oklahoma singing in local honky tonks and dives. He would sit in with complete strangers and local bands and started building up a grass roots following. Not making enough money to support himself he followed the Earp blue line in his blood. By an accidental twist of fate he took a job with the Los Angeles Police Department as a police officer. Shane worked in Watts in South Central Los Angeles. He was in the 92 Rodney King riots. While working with the LAPD Shane would still sing around the greater LA area. That’s where he and CMA award winning producer Dann Huff met. Dann had Shane come to Nashville for label meetings. On the trip Shane was signed by Mercury Records and ended his 9 years stint with the LAPD.

Shane Minor’s record was released in 1999. “Slave to the Habit” his first single went Top 10 on the Country Billboard Charts. He was Shania Twain’s opening act on a 1-1/2 year stadium tour. His video for “Slave to the Habit” won him VH1/MTV Awards which were some of the first given to country artists. After his journey with Mercury Records, Shane turned down making another record to persue his love, writing songs. Shane knows his way around the Billboard Charts. He has spent time there with his own songs as an artist and a writer. Shane is currently one of Sony Nashville’s most prestiges writers. He not only writes but mentors newly signed artist’s. He is also an award winning member of BMI Nashville.

If you listen to country radio you will hear a Shane Minor song being sung by a big major artist and the new rising stars as well.