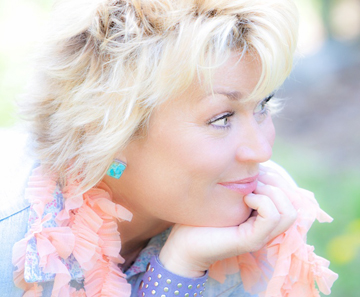 Roxie Dean is from Baton Rouge, Louisiana where she earned her degree in Broadcast Journalism from Louisiana State University. The day after graduating, she moved to Nashville to pursue her music dreams.

Her songwriting career includes a 2001 Nashville Songwriters Association International “Top 10 Songs That You Wish You’d Written” award for Lee Ann Womack’s single “Why They Call It Falling”(with Don Schlitz), and a Grammy nomination for co-writing “When I Think About Angels, #1 single for Jamie O’Neal.” She has also had top charting recordings by Reba McEntire, Faith Hill, Sara Evans, Tracy Lawrence, Lorrie Morgan, and countless others.

A staple on the country music scene, Roxie has served on the boards of NARAS (Grammy’s) and NSAI (Nashville Songwriter’s Association International). She is still writing songs and getting them recorded! A natural on stage and behind the camera, Roxie keeps busy performing around the country on a steady basis. Dean currently lives outside of Nashville, Tennessee with her firefighter husband of 15 years and their 8-year old daughter.