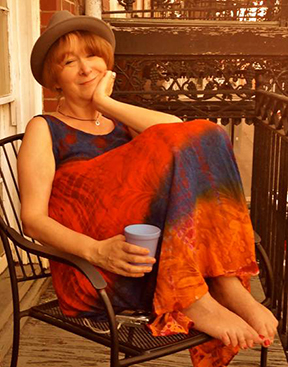 Brooklyn born Liz Hengber has been writing hit songs in Nashville for the last 20 years…. She has had 5 number one songs and over 65 songs recorded by Artists ranging from Reba McEntire to Peter Cetera.

In her days writing for Starstruck Writers Group she penned songs for Reba McEntire that are now standards in Country music. AND STILL, FOREVER LOVE, ITS YOUR CALL and FOR MY BROKEN HEART all reached number one and have appeared once again on Rebas Greatest Hits Cds and Box sets.

In 2000 Liz had two songs on the Billboard charts back to back… Andy Griggs She’s More went to #1 and Clay Davidsons Unconditional went to #3. This put Liz in Billboard Magazines top country writers of 2000. Fast forward 11 years later, in 2011 Liz won song of the year in the Canadian Gospel AWARDS, for her hit song “A FATHERS LOVE” recorded by both Bucky Covington and by High Valley. And finally in the year 2016 Liz had the honor of having two songs on a Grammy Award Winning Album… the STEELDRIVERS The Muscle Shoals Recordings.

Liz is now writing for the NEW Starstruck Writers Group… She considers it an honor to once again be working along side Cliff Williamson and for the organization that has always felt like home.