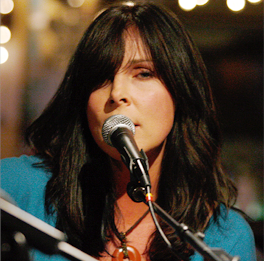 Carver is one of the most respected and revered writers in Nashville. A lot of that has to due with the fact that not only can she write a hit for other artists, but she also writes absolutely astonishing songs from her heart and soul with not even the slightest nod to commercial viability. But that is what makes an artist an artist. Lisa Carver has harnessed and mastered the power of crafting a song that can hold an audience in awe with only a smoky sultry voice and an acoustic guitar.

Disillusioned with the formulaic norm on the commercial Nashville music scene, Carver was happy working and writing on the fringes while honing her songwriting craft.  Over the years, Carver has developed an enormous respect and deep gratitude for the experiences that being a writer in Nashville has brought her. “To sit in a room with writers like Johnny Cash, Merle Haggard, Jonathan Long and Don Schlitz, has made a tremendous impact on my artistic path,” reflects Carver. Adding, “Every day is another chance to get up and possibly write my own ‘Sunday Morning Coming Down.’”

Carver is a storyteller who breathes life in and out of the characters that inhabit her songs of love, heartache, longing, cheating and murder. She is one of the lucky ones getting to earn a living writing songs on Nashville’s famed Music Row. Carver has had songs cut by Jewel, Julie Roberts, Shelly Fairchild, Tim McGraw, Reba McEntire, Tanya Tucker and Willie Nelson, as well as Sugarland’s “Everyday America.”

“I want to write a song that feels to me like To Kill a Mockingbird must have felt to Harper Lee; one that says it all,” says Carver.