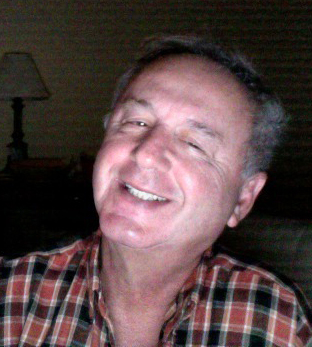 He’s been slapped by Frank Sinatra, punched by John Lennon and ridiculed by the head of Ringo Starr’s record company. And all over one song.

“The record executive was passionate about how much he hated this song,” songwriter L. Russell Brown says with a chuckle. “Sinatra was peeved off he was that he didn’t get this song first. And John Lennon was on fire because it was driving him crazy listening to this song over and over on the radio.”

Brown’s song, “Tie A Yellow Ribbon ‘Round The Old Oak Tree,” clearly ignited emotions. It sold millions of records for Tony Orlando. It became a theme song for soldiers returning from Vietnam. And it inspired a whole series of cultural displays – yellow ribbons for veterans, pink ribbons for cancer charities, green ribbons for numerous causes, including gun victims, environmental issues and music education.

If “Yellow Ribbon” had been L. Russell Brown’s only accomplishment, it would have been enough. The song’s been recorded more than 1,000 times by the likes of Dean Martin, Dolly Parton and Harry Connick Jr.

But there were plenty others, too – and in a variety of genres. “C’mon Marianne” gave the Four Seasons a pleading piece of classic pop immediacy, becoming a major number in the Tony Award-winning jukebox musical Jersey Boys.

“I Woke Up In Love This Morning” sold 2 million copies for pop phenoms the Partridge Family. “Sock It To Me Baby,” the song that spawned an ongoing sketch in the NBC comedy show Rowan & Martin’s Laugh-In, likewise sold 2 million copies for rock & soul act Mitch Ryder & The Detroit Wheels. And “Bon Bon Vie (Gimme The Good Life)” made T.S. Monk the Top New R&B Group of the Year in Billboard magazine.

“Knock Three Times,” Orlando’s first #1 song, was also an L. Russell Brown composition, and it demonstrated the versatility of Brown’s work. It became a country hit when it was covered by Billy “Crash” Craddock, who nabbed another Top 10 country single with Brown’s “‘Til The Water Stops Runnin’.”

“If I love the song, the genre doesn’t matter,” Brown says. “I just have to love the music.”

That chameleon-like ability to work in multiple styles continues to pay dividends. Patti LaBelle sang lead as Brown’s song “It Took A Long Time” played over the closing credits of the Oscar-winning Precious. The record-setting success of Jersey Boys guarantees that “C’mon Marianne” plays live stages in multiple cities every night. And Brown’s bouncy “I Thought I Heard My Heart Sing” is a key track on Love Is Everything, the current album by Texas icon George Strait.

“When he cut the song, I’m told they played it back a dozen times and opened a bottle of champagne,” Brown says.

The songwriter will have more reasons to declare a toast when he publishes his life story, 100 Yellow Ribbons, co-written by one of his fellow songwriters, Sandy Linzer. It will finally put a public face on a man who’s impacted millions of lives by providing the words and the melodies that became the soundtrack to their own individual stories.

“I have made my mark,” Brown allows. “I’ve had my impact, but I’ve kind of done it like a shadow.”

That Larry Brown made a mark at all is a testament to his will and his survival instincts. Born in Newark, New Jersey, he grew up in a housing project, the oldest of seven kids – five brothers, all of whom slept in a single room. His father, a taxi driver, didn’t make a lot of money, and it wasn’t steady income, either. As a result, the family battled starvation. Larry learned at an early age how to find food. He was enterprising, and it landed him in jail at the raw age of 11.

“We lived across the street from factories, which went on for miles on each side, and behind these factories were railroad tracks with boxcars full of food,” he remembers. “I broke into all those box cars and stole food. Also, the older kids in the area were stealing things, and I was buying merchandise from them and selling it to my father’s friends. Across the park was a very wealthy neighborhood, and I broke into those houses – stole cars and their keys. I was only 11 years old. Eventually, after many times of being arrested, they decided to put me in jail for a year.”

He didn’t get a whole lot of sympathy at home.

“My father was brutal,” Brown says. “He treated me like a deranged guard in a mental security prison.”

But the time behind bars made a difference. Brown had no intention of returning, so he channeled his emotions into something productive: music.

“I took every tear and turned it into a note,” he says. “I turned every punch and smash into a rhythm. So instead of letting it destroy me, I let it help me become who I am.”

And the hard times prepared him for the emotional scars of the entertainment business.

But there were enough successes to keep him going. The first break came as an artist when he made a record for Harlem-based R&B label Fury Records, which had a hit with Wilbert Harrison’s “Kansas City” and briefly signed Lee Dorsey and Gladys Knight & The Pips. Brown moved on to a group called the Distant Cousins, who recorded a sweet, Beatle-esque ballad, “To Have And To Hold.” Producer/publisher Bob Crewe (The Four Seasons, Lesley Gore) got the song into the cult sci-fi movie Frankenstein Meets The Spacemonster, but more importantly, he signed Brown to a songwriting deal.

The credits started piling up – The Four Seasons’ “C’mon Marianne,” Mitch Ryder’s “Sock It To Me Baby,” the Partidges’ “I Woke Up In Love This Morning” – but it wasn’t until the Tony Orlando successes with “Knock Three Times” and “Tie A Yellow Ribbon” that Brown fully recognized his calling.

Conditioned by the negativity of his youth, he’d been thinking of himself as a failed artist. But he walked out of the house one day recognizing that his songs were being heard by the masses, the bills were being paid by his writing royalties, and he had become a successful businessman – he was acting as his own publisher. That made him a rare figure in the creative world: he didn’t have to share any of his songwriting royalties with some conglomerate.

“I get the best of both worlds,” he says, comparing his life as a writer to his original goals as an artist. “I have the ability to reach millions of people with all these songs, and continue to generate royalties and make a decent living. And I have the opportunity to work in any genre I want, because I’m not confined. I would be as an artist.”

He’s not been limited by political borders, either. Brown’s written songs that became major hits in numerous other countries – Johnny Mathis’ “Gone, Gone, Gone,” Phoebe Cates’ theme to the movie Paradise and Odyssey’s “Use It Up Wear It Out” – and he’s continued to work in other entertainment formats. He built his autobiography with Sandy Linzer, and he collaborated with novelist Warren Adler (The War of the Roses) to create The Sunset Gang, a theatrical production currently being shopped among theater owners.

Like any good songwriter, Brown is tapped into good storylines and the internal dramas of the people around him. And he thrives on emotional reactions. It’s why Sinatra’s friendly slap across the face meant so much – Sinatra was jealous he hadn’t gotten to record “Yellow Ribbon.” Lennon’s punch in the arm was a recognition that Brown had created one of the most ingratiating melodies of the 20th century. And the ridicule from Ringo Starr’s label guy? Well, he might have hated “Yellow Ribbon,” but that was saying something, too. The song made him feel something.

Ultimately, the response from that song was so overpowering that it’s grown into something that’s taken for granted in contemporary culture.

“It was originally from a story I read about a southern prisoner of war,” Brown says. “Then got morphed into a guy who was in prison, then it turned back naturally to the Vietnam War. Then everybody tied ribbons for so many things. It started a trend and became more than we ever dreamed it would be. Part of American history.”

A major piece of the life story for an unknown pop legend, a guy who figured out how to turn tragedy into motivation for his next success.