Keith Vincent has been an active performing musician for over forty years. He has at one time or another done duty as a front man for rock and country bands, a solo guitarist, studio musician, vocalist, and at present is performing as a solo acoustic act. Keith is a Henderson native and is married to high school sweetheart, Tina. They are blessed with two daughters, Jenny and Erin. 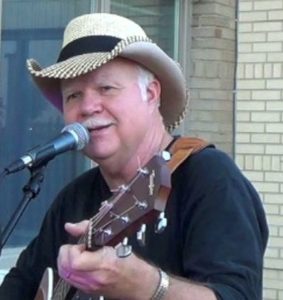 As a songwriter Keith’s catalog is impressive. Keith has released two cd’s of original material, “Georgia Dreamin” and “Long Dry Spell”. “His music has an Americana feel to it”. The songs are gleaned from the people and places of his hometown, his state, and regional influences.

Keith has had songs cut by recording artists, Latoya Jackson, and Joe Grizzard.