In the early nineties, shortly after being awarded the designation as finalist in his high school state singing competition, Galen explains, “I went to my mom and I told her this is what I want to do for the rest of my life.” 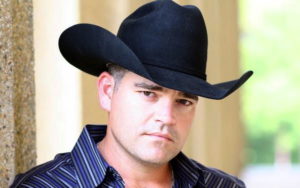 It was only a few years later that Galen opened concerts for Tracy Lawrence and Tracy Byrd in the spring of ’96. The 22 year old amazed fans at both concerts with his dynamic stage presence and natural ability to entertain the guys and swoon the girls. Not long after, Galen received unprecedented audience reaction when his song, “Good Girls Love Bad Boys” was played on the “G. Gordon Liddy” radio show to an audience of millions.

Galen hit the road. For the next several years, he averaged over 200 performances per year, opening for many of the biggest names in country music, including Joe Diffie, “Ricochet,” Michael Peterson, Montgomery Gentry, Trick Pony, Darrell Worley, John Conley, Johnny Paycheck, Rhett Atkins and Merle Haggard, and too many more to mention!!

Galen was the 1st artist to pay tribute to George Jones, with THE JONES BOYS, AND Randy Travis with THE RANDY TRAVIS BAND!!!!

Galen has celebrated 2 top ten hits, “Country Man” for Luke Bryan and “She Won’t Be Lonely Long” for Clay Walker Galen was managed by one of the biggest managers “in the world of
music” the late Frank Dileo, who managed Micheal Jackson, during the “Thriller” and “Bad” albums years.

Galen is content, writing songs, and watching other artists sing his songs from the side of the stage, but in 2017 he accomplished his #1 goal, by being a guest of his dear friend Joe Diffie and joining him to sing on the stage of the Grand Ole Opry!!!

He is living proof that DREAMS COME TRUE!!!!

“This is what I want to do for the rest of my life.” Looking back, better than twenty years since Galen spoke those words to his mother, he has achieved his dream and more; and his star is only shining brighter each day.