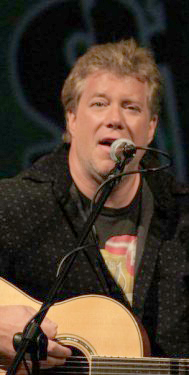 Jim “Moose” Brown is a studio musician/record producer/songwriter in Nashville. He is a member of Bob Seger’s “Silver Bullet Band,” a Grammy Award- winning songwriter and Grammy-nominated record producer, and an in demand session player. Moose was nominated for Keyboard Player of the Year by the Acad- emy of Country Music in 2005, 2006, and 2011.

Moose won the Grammy Award for Best Country Song for co- writing “It’s Five O’Clock Somewhere” and also co-wrote the Top 10 hit for Darryl Worley “If Something Should Happen” as well as James Otto’s single “For You.”

Moose co-produced Darryl Worley’s Top 10 hit “Sounds Like Life To Me,” and he also co-produced the critically acclaimed album by Jamey Johnson, “That Lonesome Song,” which features the Top 10 single “In Color,” as well as Jamey’s newest certified Gold double album “The Guitar Song.” Moose was inducted into the Arkansas Entertainer’s Hall of Fame in 2010.