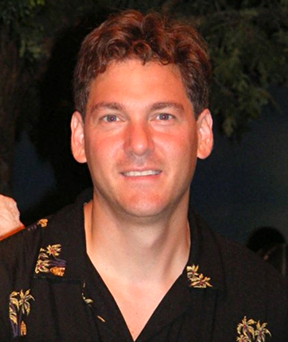 DANIEL FRIEDMAN is a singer/songwriter/guitarist from Long Island. When he was an undergraduate at SUNY Stony Brook, he was a member of the Stony Brook University choir, and studied and performed opera under the preceptorship of Jessica Tuttle.

He also was recruited by the Hofstra University Jazz Ensemble to play bass guitar.  His rock band, Little Buddha and the Zen Monsters, took first place in the coveted Long Island Battle of the Bands competition, where they performed covers along with original music.

While he was in medical school, he formed a rock band and in 2002, cofounded the Friedman Brothers Band (with siblings Matthew, Evan and Cary along with Brian Turner and Justin Rubin). The ‘FBB’ has performed at iconic New York City venues that include the Bitter End, Kenny’s Castaways, Arlene’s Grocery and the Knitting Factory.

The FBB’s first album, Cut and Dry, was released in 2003, and a second album totally comprised of original material is slated to be released in the fall. Daniel, along with his cowriter Matthew, has been selected as a featured artists at the Alternative Torch Concert Series where Broadway musicians perform their original compositions.

Daniel’s writing talents extend beyond songwriting, and his book, The Strange Case of Dr. Doyle, is currently available at Barnes and Noble’s, Amazon, Nook, and Kindle. He has also contributed articles to the world famous mystery magazine The Strand and to The Third Degree, the official publication of the Mystery Writers of America.