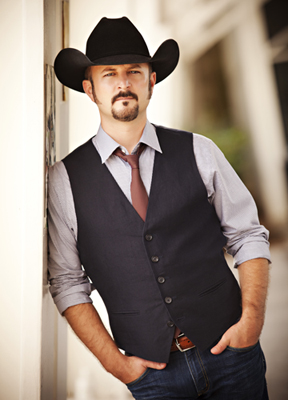 Buddy Owens is an award winning American country music singer, songwriter, and painter. He was born in Tulsa, Oklahoma, and raised in Owasso, Oklahoma. There in the heart of the country, his love for music was kindled.

After being offered track scholarships to various universities, Owens decided instead to follow his dream to play music in Nashville. Eventually, he caught the ear of renowned producer Phil O’Donnell, who signed him to a publishing deal at Anchor Down Publishing. Since his move to Nashville, he has worked with a plethora of other noteworthy Nashville songwriters.

In 2011, Blake Shelton released his platinum selling and Grammy nominated album, “Red River Blue,” on which the title track was co-written by Owens. He is also known for penning Craig Morgan’s “Nothin’ Goin’ Wrong ‘Round Here,” Sunny Sweeney’s “One More Christmas Beer,” Gord Bamford’s “Unreal,” “Where A Farm Used To be,” “Leanin’ On A Lonesome Song,” as well as others. In 2013 “Leanin’ On A Lonesome Song” won Single of the Year and Video of the Year at the Canadian Country Music Awards. There, Owens also took home the award for Songwriter of the Year.

On top of his musical talent, Owens is also a gifted painter. He has sold hundreds of paintings to art lovers all over the world.

He is currently celebrating his song “Just Gettin’ Started” on Blake Shelton’s gold selling album Bringing Back The Sunshine.