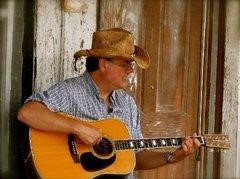 Bud Tower is a Nashville-based singer-songwriter (since re-located to Clearwater, FL). His latest major cuts are “Gods and Guns,” the title track of Lynryd Skynryd’s album and “Red, White & Pink-Slip Blues” released as a single to radio by Hank Williams, Jr. Hank also included “God & Guns” on his latest album (2018). Some 50 other of Bud’s songs have been recorded by indie artists and found their way into various movie and video projects.

Bud is the founder of the New Orleans Songwriters Festival (2008-2012) and with Robert DiGiorgio of Key Largo, co-founded the Downtown Key Largo Songfest. Bud also created and co-owns (with his China-based partner Cheng Guangnan) WikRhymer.com, which he modestly refers to as the world’s best online rhyming dictionary.