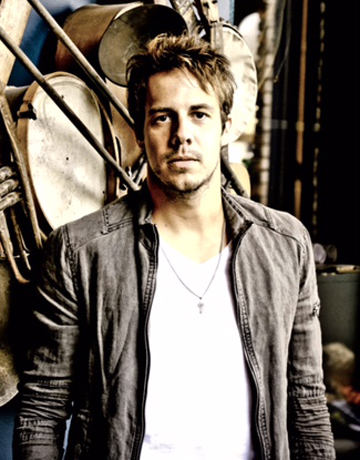 Sea Gayle songwriter and Shepherdsville, Ky., native Brent Rupard is a modern country front man with an instinct for exposing kernels of truth. Since writing his first song at age 16, Rupard has been in love with the music that flows in the hollows of his home state — country radio, classic rock and the proud echo of bluegrass. He formed bands that took him through college at Western Kentucky University, and was eventually nominated for and won the ASCAP Foundation Leon Brettler Award for outstanding songwriter-performer. Since arriving in Nashville in 2010, he’s built experience and honed his confidence opening for country stars The Band Perry, Chris Young, Randy Houser, Dustin Lynch, Josh Thompson, Gloriana and more.

Brent has one foot firmly on the gas, but keeps the other planted in the rolling hills of his family home in Kentucky. The fully-formed narratives Rupard writes reflect the common joys and struggle of a youth spent in rural America, while also looking forward as a new generation comes of age. Nowhere is that clear-eyed reverence sharper than in “Harvest,” Rupard’s sensitive dedication to his own family and friends — those that plowed the field allowing him to plant the seeds of his future.

Now, with the help of mentor and former Cadillac Sky front man Bryan Simpson, the singer-songwriter has found fertile creative ground in Nashville with Sea Gayle Music. His to be released debut album—produced by Bryan Simpson—feel’s right at home in a playlist with today’s biggest country stars. Mixing song craft, heartfelt emotion and rockin’ country with grassy undertones, Rupard’s sound speaks to every kid watching his small town succumb to suburban sprawl; every pair of high school sweethearts spending their last summer together; every 25-year-old embracing adulthood; and every working stiff with a passion for life.

He’s the generation-bridging, next link in country music’s chain.

By Chris Parton of CMT