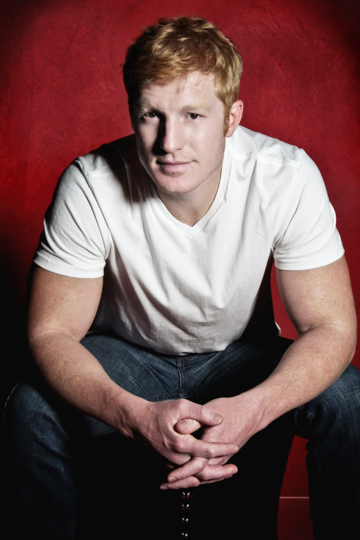 Ash Bowers was eight-years-old when he saw his future. The crystal ball was the family television set, and the vision came in the form of a movie his mother had rented—Great Balls of Fire, the film biography of Jerry Lee Lewis.

He was growing up in a working-class family in Jackson, Tennessee, and he would need a lot more than dreams to make it to the country music capital 130 miles east on I-40. He played open mic nights until, at 20, he put together his first band “Forty Five South”. Just a year later, They were offered a Pacific tour through Armed Forces Entertainment that had listened to a three-song demo he and his band had cut in Jackson.

Relentless touring throughout the U.S. not only lead the band to next level as performers but also caught the eye of “Poison” frontman Bret Michaels, who produced the bands sophomore album in 2005. The title track “We’re Country So We Can” was the first single from the Album, a duet with the band & Bret Michaels.

Ash was encouraged to come to Nashville and soon after, was restricting his playing to weekends and spending his weeks commuting daily to Nashville. The kind of commitment it took to drive 260 miles a day, several days a week–it quickly paid off. Just a year and a half after he began commuting to Nashville, a CD of his material reached Broken Bow/Stoney Creek Records president Benny Brown, the result, his first record deal and also publishing deal.

Over the next 4 years while signed to Broken Bow/Stoney Creek Records, Ash had 3 Billboard – Charting singles (“Stuck”, “Ain’t No Stopping Her Now”, and “I Still Believe In That”) which were produced by Buddy Cannon for his debut album.

In October of 2012, just a few months after exiting Broken Bow/Stoney Creek Records, Ash inked a Recording / Publishing deal with Wide Open Records. His Debut album “Shake It Off”, was released on the label June 11, 2013 producing 2 singles “Red” & “Shake It Off”.

owers’ songwriting skills display his uncanny knack for turning working-class dreams and realities into stirring and highly relatable music. Aside from his own albums, Bowers has penned songs for some of Nashville’s biggest stars such as Randy Houser, Dustin Lynch, Canaan Smith, Montgomery Gentry, Adam Craig, Bucky Covington, and others. Overall, his music provides a window into what makes Ash tick both as a musician and as a person.