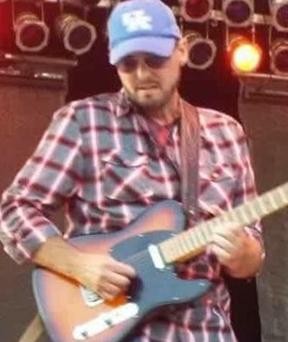 Son of a singer/songwriter, Scott was always around music.

Graduating from MTSU with a Music Degree in 2003 was a “huge moment of achievement”. Then, Scott set his full attention on Nashville.

Signing a Record Deal in 2008 really set the wheels spinning. Scott says that was a very “busy” time and that it went so fast that some of it is still a “blur”. Haha

As an artist Scott had a Top 40 Hit which he co-wrote with Josh Osborne and Jody Lineberry called, “You Only Call Me When You’re Drunk”

During that time period Scott toured all over the country in support of “You Only Call Me When You’re Drunk”. Doing shows with Jason Aldean and Chris Young to name a few.

In 2016, Scott just signed a Writers Deal with A Million Midnights.

Scott says, that I am “very excited” about this writing deal and the opportunities that are ahead. Scott says he feels like he has finally “found a home” writing for this company and is “very grateful”.

Scott is also getting back out there as a performer doing acoustic and full band shows again. Scott says, “like writing, performing is just a part of who I am and what I do. I have to do it”.

Business insiders are taking notice and are saying that things are about to “break wide open” for Scott.