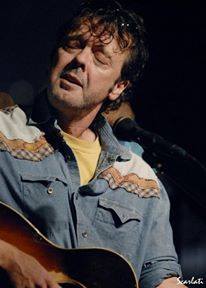 Deemed The Carolina Poet, Mark Stephen Jones was born and raised in the Low Country of South Carolina. Never lacking interesting characters in his life, it is no mystery that songwriting came so naturally.

Jones began his musical journey when he was quite young and vividly recalls his debut live performance. I wrote a song about my first real girlfriend called All I Want To Do Is Kiss You and played it for my Mom and Dad. It was so embarrassing… for us all.

When watching Jones perform onstage now, it’s hard to imagine him being embarrassed about anything, as he sings about lovers in an old folks home or about how too much drinking can make you feel superhuman, while interacting with the audience as if they were his closest friends.

When asked about his musical inspirations, Jones states, The music was so great during the era in which I grew up, the list is never ending: Beatles, (Rolling) Stones, (Eric) Clapton, Elton (John). Jones playing and singing also suggests influences by such greats as Hank Williams, Merle Haggard and Frank Sinatra.

When Jones was fifteen and first played in bands with his teenage peers, he was covering a lot of his predecessor’s songs. It didn’t take long before he eventually developed his own unique voice, using eccentric relatives and childhood adventures as the canvas for his original material. It seems a perfect progression to land ultimately in Music City.