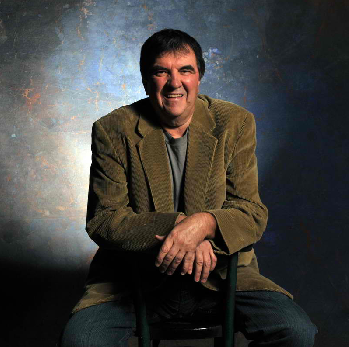 Larry Cordle was born and raised on a small family farm in Eastern Kentucky. While a young child, he was introduced to bluegrass, country, and gospel music by his great-grandfather Harry Bryant, an old-time claw hammer banjo stylist, fiddle player, and dancer.

After serving in the U.S. Navy, he received a bachelor’s degree in accounting because he was sure that he couldn’t earn a living with his music. By day, he worked as a CPA and played music by night.

His friend Ricky Skaggs recorded “Highway 40 Blues,” which became a hit. Then in 1985, Cordle made the move to Nashville where he partnered with Skaggs. At last count, his songs totaled more than 55 million records sold. His songs have been recorded by Ricky Skaggs, Alison Krauss, Garth Brooks, Trisha Yearwood, Reba McEntire, Alan Jack- son, Trace Adkins, and others.

Even though he is very successful as a songwriter, his desire to perform has never waned. He tours with his highly acclaimed band, Lonesome Standard Time, and performs as a background vocalist for Nashville’s best.

Larry resides in the Nashville suburb of Hendersonville, Tennessee, with his wife, Wanda, and their daughter, Kelvey Christine.