Proving herself to be Nashville’s charming and quirky go-getter, Heidi Raye is a force to be reckoned with. A natural entertainer from an early age, Heidi Raye was smitten with country music growing up and made it her life-long dream to move to Music City. Heidi has toured with some of country music’s elite like Kenny Chesney, Randy Travis, Jason Aldean, Terri Clark and Reba McEntire. 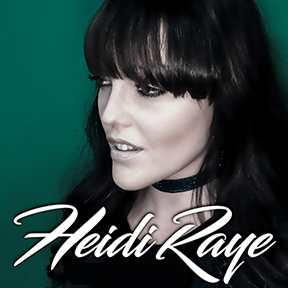 She has proven she can hold her own in both the songwriting and performing community and is the initial artist on Hall of Famer Harlan Howard’s label, Harlan Howard Records. Her first EP, “Worth A Shot” produced by Grammy Award winning producer, Chuck Ainlay was released in 2017.

Heidi has racked up the miles touring to support “Worth A Shot” making fans and friends at radio along the way. 2018 finds Heidi in the studio working on her second release on Harlan Howard Records. Her new single, “Sweat” was released June 22!