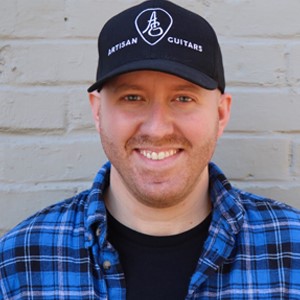 Brent Anderson is described by his co-writers as a “creative force”- a songwriter that can play anything, sing anything, and write anything – and he’s just getting started. A Pascagoula, Mississippi native, Anderson’s love for performing and writing songs developed early and by age 13, he had already started his own band. With the support of his parents, Anderson relocated to Nashville and landed his first publishing deal when he was only 15-years-old. Then, in 2009, he signed with Sea Gayle Music Publishing and has since had cuts with Brad Paisley, Tyler Farr, Florida Georgia Line, Maddie & Tae, The Cadillac Three, Danielle Bradbery, and Randy Rogers Band. His credits also include the #1 hit “Lonely Tonight” by Blake Shelton featuring Ashley Monroe and other singles, “Cold Beer With Your Name On It” (Josh Thompson) and “Callin’ Me When I’m Lonely” (Sheryl Crow). As a producer, Brent’s credits include Chris Jansen for Warner Brothers including the breakthrough hit “Buy Me A Boat”, CJ Solar’s debut EP on Sea Gayle Records, as well as several other upcoming project releases.